The Linux cheat command is a utility to search for and display a list of example tasks you might do with a command.

Information about Linux and open source abounds on the internet, but when you’re entrenched in your work there’s often a need for quick documentation. Since the early days of Unix, well before Linux even existed, there’s been the man (short for “manual”) and info commands, both of which display official project documentation about commands, configuration files, system calls, and more.

For instance, suppose you can’t remember how to unarchive a tar file. The man page provides you with all the options you require, but it leaves it up to you to translate this information into a functional command:

That’s exactly what some users need, but it confounds other users. The cheat sheet for tar, by contrast, provides complete common commands:

It’s exactly what you need, when you need it.

What are Linux containers?

The cheat command is a utility to search for and display a list of example tasks you might do with a Linux command. As with many Unix commands, there are different implementations of the same concept, including one written in Go and one, which I help maintain, written in just 100 lines of Bash.

Or to configure the installation, use Autotools:

Get cheat sheets for your Linux terminal

Viewing a cheat sheet is as easy as viewing a man or info page. Just provide the name of the command you need help with:

# To show a list of your current shell aliases:
alias

If you just want to cat the cheat sheet into your terminal without a pager, the Bash version has a --cat option for convenience:

The cheat system cuts to the chase. You don’t have to piece together clues about how to use a command. You just follow the examples. Of course, for complex commands, it’s not a shortcut for a thorough study of the actual documentation, but for quick reference, it’s as fast as it gets.

You can even create your own cheat sheet just by placing a file in one of the cheat sheet collections. Good news! Because the projects are open source, you can contribute your personal cheat sheets to the GitHub collection. And more good news! When there’s a new Opensource.com cheat sheet release, we’ll include a plain text version from now on so you can add that to your collection.

The command is called cheat, but as any Linux user will assure you, it’s not actually cheating. It’s working smarter, the open source way.

What to read next

Seth Kenlon is a UNIX geek, free culture advocate, independent multimedia artist, and D&D nerd. He has worked in the film and computing industry, often at the same time.

These comments are closed, however you can Register or Login to post a comment on another article.

Thanks, Seth. Your posts here offer so much great info. As for this, I’ll point out a similar cmd I’ve long used, tldr. I’m writing on my phone as I see this, so I can’t readily compare their results. Just wanted to mention it, if it may help anyone. Looking forward to checking out cheat, also. 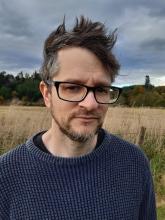 This is great!  I hadn’t heard about tldr but I’m definitely going to check it out now.

Thanks for the tip, Charlie!

In reply to Thanks, Seth. Your posts… by Charlie Arehart

Thanks Seth. I have a bunch of students who have just finished their ‘Operating Systems’ block but I shall point them all to this anyway, even if I normally tell them not to cheat.

This is fantastic. I can’t count the number of times I have stared at a man page trying to figure out how I am supposed to use a command.

Saved! Excellent resource, thanks so much Seth.

Hmm, based on the output this seems completely separate form tldr.

But also, what is with that tar command. Even example used like 4 modifiers, wow, we really need a better way to deal with archives on Linux. The gui programs suck, and this is almost worse, expecting every single use of the command to include so many arguments.

How Tracee solves the lack of BTF information

4 ways to use the Linux tar command

This work is licensed under a Creative Commons Attribution-Share Alike 4.0 International License.

Your email address will not be published. Required fields are marked *